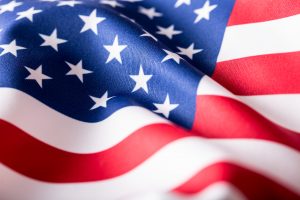 Although our nation’s real independence began at the end of the Revolutionary War on Sept. 3, 1783, President John Adams originally thought that the anniversary would be marked on July 2, the day in 1776 when the Second Continental Congress voted to approve a resolution of independence from Great Britain. Ultimately, Americans chose to commemorate the birthday of the United States on July 4, the day on which the Declaration of Independence was adopted and approved.

What does this mean for us as Roman Catholics? The Catechism of the Catholic Church reminds us, “The love and service of one’s country follow from the duty of gratitude and belong to the order of charity” (2239).

As a parish community, we are called by God to respond to this duty to the best of our ability. So, where do we start?

The Second Vatican Council document, Apostolicam Actuositatem, states that “In their patriotism and in their fidelity to their civic duties, Catholics will feel themselves bound to promote the true common good: they will make the weight of their convictions so influential that, as a result, civil authority will be justly exercised and laws will accord with moral precepts and the common good” (14).

By living our lay vocation and permeating the secular world with Catholic values, we genuinely honor God and neighbor. As “lamps shining before men,” we need to let our moral convictions – no matter the courage it may take – shine forth to be a guiding light for the world, often left vulnerable in the darkness.

Our commitment to a rightly ordered Catholic patriotism begins with our commitment to the formation of our Christian conscience. We must enrich ourselves with the Church’s teachings on the value of human life, the sacred institution of family, Catholic social and moral teachings, Catholic civil duties, and anything that further pertains to the living out of our Catholic faith in our nation today.

This year, let us give our hearts to carrying out this mission of an authentic Catholic patriotism under God. Our nation was founded under God. Let us not allow this precious heritage, this source of true life and liberty, to be lost. Its preservation relies on each one of us.