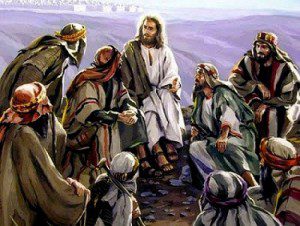 According to the Gospel of St. Matthew, Jesus’ parting words to us before He ascended to heaven after His resurrection included these instructions: “Therefore go and make disciples of all nations, baptizing them in the name of the Father and of the Son and of the Holy Spirit, and teaching them to obey everything I have commanded you” (Matthew 28:19-20).

That is, quite frankly, a call to evangelization. Clearly, evangelization is not new to the Church – it is traced to that call from Jesus Christ, a call to His apostles and followers of that time, and that call continues today in relation to us and our lives as Catholics. “Evangelization” has become a bit of a “catchphrase” in today’s Church. Of course, it is not a new idea, nor is it a new call.

Our Holy Father Pope Francis’ absolute first publication – officially an apostolic exhortation – was titled Evangelii Gaudium, which means “The Joy of the Gospel.” In that document, the pope had much to say about evangelization, including this: “Every Christian is challenged, here and now, to be actively engaged in evangelization; indeed, anyone who has truly experienced God’s saving love does not need much time or lengthy training to go out and proclaim that love” (120).

Nevertheless, the idea of evangelization is nothing new. Pope St. John Paul II issued an encyclical in December 1990 titled Redemptoris Missio – “The Mission of the Redeemer” – in which he called for the church to renew its efforts in evangelization. This has become known as the “new evangelization,” but within, what Pope St. John Paul II says is that the Church “must renew her missionary commitment.” He adds, “Faith is strengthened when it is shared and given to others” (2).

Yet, it would seem that some Catholics resist this call to evangelization, perhaps recalling images of street preachers, television evangelists or door-to-door groups saying “repent” or talking about the “wages of sin.” Or, we may feel that evangelization is the role of saints or missionaries or Catholic priests. The truth is that evangelization is born from a love of people and a desire that everyone comes to know the love of Christ and the blessings of living as part of His Kingdom.

Over a decade before Pope St. John Paul II addressed this issue, Pope Paul VI issued an apostolic exhortation in 1975 titled Evangelii Nuntiandi – “Evangelization in the Modern World” – in which the pope said, “We wish to confirm once more that the task of evangelizing of all people constitutes the essential mission of the Church” (14).

So, what does this mean to us as faithful stewards? Obviously, each of us is called to be an evangelist. That does not mean we go door-to-door or stand on street corners proclaiming our faith. Our own mission statement has a strong flavor of evangelization, especially because of our effort to embrace stewardship as a way of life. In recent years, the U.S. Conference of Catholic Bishops has issued two pastoral letters – one called Go and Make Disciples: A National Plan and Strategy of Catholic Evangelization, and the other titled Stewardship: A Disciple’s Response. The connection between stewardship, evangelization and discipleship is obvious, it would seem.

Pope Francis also said in his first official statement Evangelii Gaudium the following: “An evangelizer must never look like someone who has just come back from a funeral… And may the world of our time, which is searching, sometimes with anguish, sometimes with hope, be enabled to receive the good news not from evangelizers who are dejected, discouraged, impatient or anxious, but from ministers of the Gospel whose lives glow with fervor, who have first received the joy of Christ” (10). That is who we are, or who we should be.