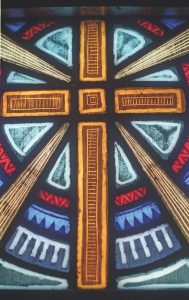 As Catholics, we are blessed to be part of a faith tradition that stretches back over 2,000 years to its founding by Jesus Christ. Along with the history of our faith come many customs and sacred rituals that become even more beautiful when we delve a little deeper into their origins and meanings. Certainly, such is the case with one of the most visible outward signs of our Catholic faith — the Sign of the Cross.

Since we say and make the Sign of the Cross so often, it may easily become a rote, perhaps even thoughtless, action. However, it is important to remember that the Sign of the Cross is much more than a simple gesture. Even in its most basic form, the Sign of the Cross — accompanied by the spoken or unspoken words “In the name of the Father, and of the Son, and of the Holy Spirit” — is a prayer, a creed stating our belief in the Holy Trinity, the dual nature of Jesus Christ, and the dependence of our salvation on His crucifixion and resurrection.

In addition, making the Sign of the Cross is an indication of a willingness to take up our own cross and suffering for the sake of Christ. The prayer is considered one of the greatest weapons against Satan and all demons, and an added strength against the temptations of the flesh.

In the Roman Catholic Church today, the Sign of the Cross is typically made with either three fingers or an open hand touching first the forehead, then the chest, followed by the left shoulder and then the right (in the Eastern Church, the right shoulder is touched before the left). The concept of making a sign, or “setting a seal,” upon the forehead of those who place their faith in the Lord appears in both the Old and New Testaments of the Bible — see Ezek. 9:4 and Rev. 7:3, 9:4, and 14:1.

Early versions of the Sign of the Cross were traced on just the forehead, using the thumb and forefinger held together in the shape of a tiny cross. We still see this version of the blessing performed during Baptisms (with the cross traced on the infant’s forehead) and on Ash Wednesday (with the cross traced in ashes on the foreheads of the faithful). Similarly, when the Gospel is read during the Liturgy of the Word, the priest or deacon leads the congregation in forming this small cross on the forehead, mouth, and chest, indicating a willingness to keep the Word of the Lord in our minds, on our lips, and in our hearts.

There is no doubt that our early Church fathers were strong believers in the sanctifying power of the Sign of the Cross. A second-century ecclesiastical scholar, Tertullian, and a third century saint, St. Cyril of Jerusalem, both wrote about the necessity of performing the Sign of the Cross at one’s waking and one’s lying down, at entering and leaving a room, at mealtimes, and more. St. Augustine also referenced the importance of marking the cross on the faithful’s forehead during the administration of the sacraments.

It is likely that the sign transformed from the tiny cross on the forehead to the larger, full-body cross used today sometime in the fifth century, when heretics began questioning both the dual nature of Jesus Christ — fully human and fully divine — and the unity of the Holy Trinity. Believers in these crucial Church doctrines began forming the cross with three extended fingers (representing the Trinity), keeping the ring finger and little finger pressed down into the palm (representing Christ’s dual nature), and tracing a cross on their entire upper body so there could be no mistaking the gesture.

Today, the Sign of the Cross still figures predominantly in our prayer life as Roman Catholics. We commonly perform it upon entering a church (with the holy water as a reminder of our Baptism); at the beginning and end of the Catholic Mass, a Benediction, or the Exposition of the Blessed Sacrament; when opening and closing our personal prayers; at mealtimes; and when passing by a Catholic Church (in recognition of Christ, present in the tabernacle). As the Catechism of the Catholic Church reminds us, the frequent, intentional use of the Sign of the Cross can help the faithful dedicate each day to the glory of God and provide strength in the face of trial and temptation (2157).

Now, each time we cross ourselves and proclaim, “In the name of the Father, and of the Son, and of the Holy Spirit,” let us do so with an increased awareness of the rich history of the Sign of the Cross and the abundant graces that come to us through this powerful prayer tradition!