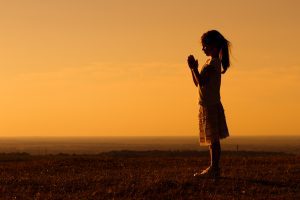 There may be the occasional Sunday when the obligation to attend Mass seems a bit inconvenient. We might attempt to rationalize, telling ourselves that missing one Sunday isn’t such a big deal. Or perhaps we promise to later make it up to God. What does the Church really say regarding our Sunday obligation, and how serious are the stipulations?

The Catholic Church maintains certain precepts, or laws, described by the Catechism as the “indispensable minimum in the spirit of prayer and moral effort.”  These precepts include Mass attendance on Sundays and holy days of obligation, and reception of Holy Communion at least during the Easter season. Again, the maintenance of these laws is the “indispensable minimum” — or in other words, the very least we are expected to do as Catholics to maintain and proclaim our Christian faith.

Sunday is the primary holy day of obligation, along with other designated days throughout the year. The Sunday obligation is only fulfilled through the Divine Liturgy.  No Sunday service apart from a Catholic Mass is sufficient.

This precept of obligatory Sunday Mass was not randomly invented, but is rather a commandment of God. Grounded firmly in our Jewish roots, this law was originally revealed to Israel as recorded in the Old Testament. The commandment was literally set in stone as one of the Ten Commandments, requiring that God’s people “keep holy the Sabbath.”

The Sabbath observance was continued with the earliest Christians, and would eventually be moved to Sunday in order to celebrate the risen Christ. As stated in the Acts of the Apostles, “On the first day of the week, when we gathered to break bread … ” (Acts 20:7). The New Testament reveals that Christians were set apart from their Jewish brothers and sisters through Sunday Eucharistic worship.

The Catechism, therefore, declares that “those who deliberately fail in this obligation commit a grave sin” (CCC2181). Its designation as a “grave sin” clearly states the manner in which this action affects our souls — it is potentially mortally sinful. There is no question as to whether or not falling short of our Sunday obligation is a “big deal.”  Of course it is! This is God’s law. Yet, keep in mind the essential other half of this command: by attending Mass and receiving Holy Communion, we are cleansed from past sins, preserved from future sins, and develop an intimate union with Christ Jesus. What more could we ask for? The choice, as always, is ours to make.

Another precept of the Church is to “confess your sins at least once a year.” Once again, this is the minimal commitment required of us as Catholics. Yearly confession is meant to protect against an unworthy reception of the Eucharist. As clearly stated by St. Paul, “Whoever, therefore, eats the bread or drinks the cup of the Lord in an unworthy manner will be guilty of profaning the body and blood of the Lord” (1 Cor 11:27). The Catechism follows this with the statement, “Anyone conscious of a grave sin must receive the Sacrament of Reconciliation before coming to communion” (CCC 1385).