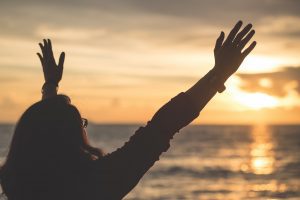 Many Americans set aside their Sundays to enjoy various leisure activities. Indeed, Sundays during the summer months may include cookouts, or perhaps afternoons spent at the swimming pool or baseball stadium. And when fall arrives, many fans will certainly be spending their Sundays in front of the television, as they become engrossed in the excitement of the National Football League’s highly anticipated Sunday games.

According to the Pew Forum on Religion & Public Life’s U.S. Religious Landscape Survey published in 2008, Catholics account for roughly 23.9 percent of the adult population in the United States. But of the 70 million-plus registered Catholics in the U.S., only 36 percent attend Mass once a week or more, according to Georgetown University’s Center for Applied Research in the Apostolate. Only 12 percent of U.S. Catholics participate in the Sacrament of Reconciliation at least once a year, and a mere 17 percent of Catholic men say they have ever even slightly considered becoming a priest or religious brother.

God gives us leisure time to clear our heads and recover from what can often be a hectic daily life. But it is important that we glorify God in all that we do, and time away from work or school provides a great opportunity to regularly celebrate the sacraments. As Catholics, we are obligated to attend Mass on a weekly basis, barring illness or extenuating circumstances. But this is just the first step. Spending time in prayer, Eucharistic Adoration and Reconciliation provides us with the grace, healing and the wisdom to live as disciples of Christ on a daily basis. And sharing our time, talent and treasure through ministry participation and charitable giving enables us to serve our brothers and sisters in Christ, thus ensuring that we are placing God at the top of our list of priorities.

Each Sunday presents an opportunity for us to foster our discipleship commitments to Christ. So, make the time and discern ways that you can put God first, on every Sunday throughout the year.