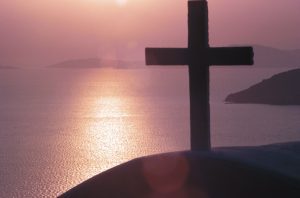 For many Catholics, the practice of fasting and abstinence during Lent is as much a part of our faith as is our sacred liturgy. Catholics know that when Lent arrives, it’s time to say “goodbye” to meat on Fridays and “hello” to fish sticks and bean burritos. It’s almost as if our Lenten obligations were hard-wired into our biological clock at the moment we were baptized.

If there is one thing that Catholics definitely understand, it’s adhering to the laws of tradition. Indeed, the tradition of fasting and abstaining from meat during Lent draws its lineage from the early days of the faith.

But why, exactly, do we fast and abstain from meat during Lent? And what are the Church’s guidelines for this tradition?

In November 1966, the National Conference of Catholic Bishops issued a pastoral statement on penance and abstinence. The statement outlines the Scriptural significance behind fasting and abstinence, and directs the faithful on when it is encouraged and appropriate to do so.

According to the statement, there are four main points the Church wants to make about the tradition of penance and abstinence.

First, all humans are sinners. Second, penance and abstinence are ways to turn away from sin and back to God. Third, the Church is constantly in a stage of ongoing renewal and penance. And finally, Advent, Lent and the vigils of certain feasts are the primary penitential seasons of the Church.

The statement makes clear that the practices of penance and abstinence are tools created to help lead us to Christ – they are not stringent laws designed to cause discomfort and pain. Fasting, abstinence and penance help us to reflect on, and in some way understand, the suffering and selflessness our Lord experienced during His passion and death.

Traditionally, Catholics must abstain from eating meat on Ash Wednesday, which falls on Feb. 14 this year, and Good Friday, falling this year on March 30. And, because Christ died on a Friday, the Church asks us to also abstain from meat on all Fridays during the season of Lent.

Lent is also a time of penance. In preparation for Jesus’ death and resurrection, the Church encourages all Catholics to seek forgiveness from sins and to renew their spirits in accordance with the Father’s spirit. The overarching goal of all Christians is to become “one with the Father,” and penance and abstinence help us attempt to do that.

But Lent isn’t just about what we aren’t “allowed” to do. The Church encourages us all to seek ways to alleviate the pain and suffering of others – just as Christ lifted the burden of sin from the spirit of humankind – “by special solicitude for the sick, the poor, the underprivileged, the imprisoned, the bedridden, the discouraged, the stranger, the lonely, and persons of other color, nationalities, or backgrounds than our own” (Pastoral Statement on Penance and Abstinence, 15).

This Lent, as the world prepares for the anniversary of Christ’s death and resurrection, take on a few Lenten practices of your own. In addition to abstaining from meat on Fridays and Ash Wednesday, find a way to share the love of Christ with others through gifts of time, talent and treasure. The life of a disciple, as outlined in the Gospels, requires a renewed heart and a penitent soul. Seek to understand this Lent, in some small way, the magnitude of our Lord’s suffering and love.