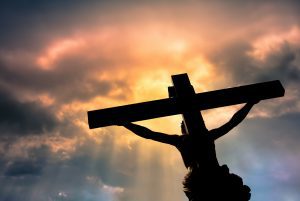 There have long been scientists who claimed that their work was “incompatible” with faith in God. But as our world has become increasingly polarized, more and more people seem to believe that there must be a disconnect between faith and reason. For many scientists — and secular scholars in other fields, as well — religion and academics are deemed mutually exclusive. If something cannot be proven empirically, they posit, it is foolhardy to stake one’s life on it. And yet, this is exactly what we as Catholic Christians do — every time we say the word “amen,” in fact, we are declaring that we believe Church teachings to be an absolute truth.

So is all this to say that the Church really is “anti-science,” as some of its detractors claim? Certainly not! In fact, most people — Catholics and non-Catholics alike — would probably be very surprised to know just how many Catholic thinkers have played a major role in the development of modern scientific thought.

Most of us are familiar with some of the earliest scientific advances made by famous Catholic scholars like Copernicus, Galileo, Descartes, and Leonardo da Vinci. But fast-forward to the 19th century — when countless innovations in modern science began kicking into high gear — and the contributions made by Catholic scientists are astounding! For example, the Mercalli scale used to measure earthquakes was developed by an Italian Catholic volcanologist, Giuseppe Mercalli, at the turn of the last century. You may also remember some of the laws of Mendelian inheritance from your high school biology class — Augustinian friar and botanist Gregor Mendel first discovered these recessive and dominant “factors” (which would later come to be called genes) in the 1800s, becoming the founder of genetics.

Of course, these are just a few of the more widely known examples. Those who work in the specific fields of physics and cosmology have several priests to thank for the incredible advances made in this area of study over the last century. Fr. Georges Lemaître was a Catholic priest living in Belgium during the first half of the 20th century. A professor of astronomy and physics at the Catholic University of Leuven, Fr. Lemaître was the first scientist to propose the Big Bang theory — which he referred to as the “primeval atom” or the “Cosmic Egg” — and the theory of the expansion of the universe. Fr. Lemaître’s brilliant and meticulous research won over even the most skeptical scientists in his field — reportedly, upon hearing Fr. Lemaître present his theories at a conference in California, Albert Einstein declared, “This is the most beautiful and satisfactory explanation of creation to which I have ever listened.”

For Fr. Lemaître, who served as president of the Pontifical Academy of Sciences from 1960 until his death in 1966, balancing the worlds of priesthood and cosmology research was not always easy. Sometimes, Catholic believers misunderstood his quest to discover the origin of the universe as a desire to put limits on God. On the other side, secular scientists questioned his ability to formulate theories of the universe objectively, suspecting that he was seeking to manipulate his scientific finds to fit them within Church teaching. In reality, Fr. Lemaître always advocated for a strict separation between science and faith, claiming that the Bible was not intended to be read as a science textbook and that “God could not be reduced to a scientific hypothesis.” For this Catholic scientist, although faith and science may have each answered separate questions, they were certainly not incompatible.

In contrast to Lemaître’s careful separation of questions of science and faith, another famous physicist priest takes the opposite approach. Fr. Michal Heller, professor of philosophy at the Pontifical University of John Paul II in Kraków, Poland, and member of the Vatican Observatory staff, seeks to bring together the fields of science, philosophy, and theology. In an interview with The New York Times upon his receipt of the acclaimed Templeton Prize for science and religion in 2008, Heller explained: “I always wanted to do the most important things, and what can be more important than science and religion? Science gives us knowledge, and religion gives us meaning. Both are prerequisites of the decent existence.” Fr. Heller, whose current research focuses on general relativity and quantum mechanics, strives to study the known elements of science within the context of a universe that has an (empirically) unknowable God as its creator.

In a similar way, yet another scientist priest of the past century successfully reconciled science and faith in his life’s work. Fr. Stanley Jaki (1924-2009) was a Hungarian Benedictine priest who held doctorates in theology and physics, and authored over 40 books in these fields —and in the history of science — during his lifetime. Fr. Jaki is perhaps best known for his claim that modern science and cosmology were only made possible through the Christian understanding of creation that took root in medieval Europe. Fr. Jaki believed that faith and science must work together, and he warned against the tendency of modern society to seek omniscience through scientific study, thus letting science take the place of God.

Certainly, the list of Catholic scientists who have deservedly become renowned in their fields of study is longer than most people probably imagine. Still today, scientists like astronomer Fr. George Coyne, former director of the Vatican Observatory and current professor at Le Moyne College in New York, continue to make significant contributions to the study of modern science worldwide. Contrary to those who may try to claim that faith and science are incompatible, the Church has proven over the centuries that understanding the science behind how our world works absolutely can — and should — go hand in hand with the pursuit of fully knowing and serving our God.