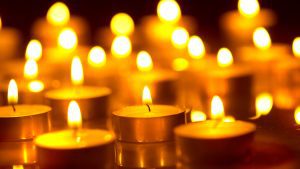 When we approach the start of Lent on Ash Wednesday, we look toward a season of preparation, sacrifice and penance, culminating in Holy Week and the joyous celebrations of Easter. And while the liturgical season of Lent offers us a time for solemn reflection, it is also widely welcomed each year as an opportunity to be drawn closer to our faith.

But just how did this penitential season come to be? And how did the reverent hallmarks of Lent – such as fasting and prayer – become so deeply engrained in our observance of this season?

To understand the Lenten season, it is important to understand the word “Lent” itself, which is derived from two Anglo-Saxon terms: lencten, meaning “spring,” and lenctentid, which is the term for both “springtide” and “March” – of course, Lent often falls throughout most of the month of March, and during the transition into (and renewal of) the spring season. In Latin, the corresponding term for “Lent,” quadragesima, refers to its dating from the 40th day before Easter.

This brings us to another hallmark of the Lenten season – its length of 40 days. However, Lent was not originally observed for this length of time. During the first three centuries of the Christian era, Easter preparations consisted of three days of fasting and prayer. In some places, this preparation was extended into the entire week prior to Easter – which we now observe as Holy Week. There is also some evidence that, in Rome, Easter preparation was as long as three weeks.

In its early form, Lent was an intense period of spiritual and liturgical preparation for catechumens who were to be baptized at Easter. At the time, many members of the community observed this period of preparation alongside the catechumens. But, as time passed and more people were baptized as infants, the connection between catechumens and Lenten preparation gave way to a focus on the themes of repentance and fasting during Lent for all Christians.

It was not until the fourth century – upon the legalization of Christianity – that Lent developed into its current length of 40 days, which mirrored the length of Jesus’ fast and temptation in the desert, as chronicled in Luke 4:1-13.

Yet, interestingly, the Lenten observations of fasting and prayer did not always take place for 40 consecutive days. For instance, in Jerusalem, fasting was observed for 40 days, Monday through Friday, but not on Saturday or Sunday – thus, Lent lasted for a total of eight weeks. In Rome and the West, fasting took place for six weeks, Monday through Saturday, with Lent being observed over six weeks. The practice of fasting for six days over the course of six weeks eventually prevailed, with Ash Wednesday being instituted to account for 40 fasting days prior to Easter.

And as the length of Lenten observance developed over time, so did the observance of fasting itself. At first, some areas of the Church abstained from all meat and animal products, while others made exceptions for certain foods, like fish. And while a person was to only have one meal a day, a smaller repast would be allowed so that manual laborers could maintain their strength throughout the day. Eventually, eating meat was allowed throughout the week, save for Ash Wednesday and on Fridays.

In fact, two of our most common and beloved Lenten and Easter traditions – the Shrove Tuesday meal and Easter eggs – developed from these early Lenten observations. Initially, abstinence from dairy products was observed during Lent, with dispensations given if pious works had taken place. Eventually, this particular rule of abstinence was relaxed entirely. Today, pre-Lenten pancake breakfasts, Easter egg decoration and egg hunts remain as enjoyable seasonal opportunities for fellowship and fun within our parish families!