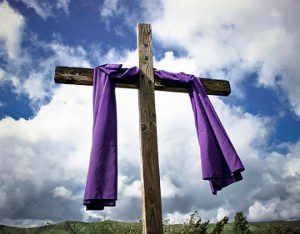 There are only a couple weeks left in Lent, actually somewhat less than that, as there is a Sixth Sunday of Lent next week, but Lent officially ends with the Mass of the Lord’s Supper on Holy Thursday. Salvation of all peoples is at hand. In the Gospel, for example, Jesus states “The hour has come for the Son of Man to be glorified.” Two times earlier in the Gospel of John Jesus, had stated, “My hour has not yet come,” including saying that to the Blessed Mother Mary at the wedding in Cana, which fell at the beginning of His ministry.

As our Lenten season approaches its completion, the readings on this Fifth Sunday of Lent focus on the salvation offered to us by Jesus and our own need for penance and reconciliation always, but especially at this time.

Jeremiah was one of the longest serving prophets. He was a prophet through the reign of five kings of Judah — Josiah, Jehoahaz, Jehoiakim, Jehoiachin, and Zedekiah over a period of 40 years. At the time Jeremiah was growing up, he witnessed the tearing down of pagan places of worship. One of Jeremiah’s most common themes, one that is addressed in our First Reading, was the restoration of God’s covenant. He addresses this new covenant in this way: “The days are coming, says the LORD, when I will make a new covenant with the house of Israel and the house of Judah.”

One might contend that God’s plan of redemption is completed and perfected in the new covenant about which Jeremiah writes. It involves cleansing and spiritual transformation, and the reign of the Messiah. Jesus specifically would institute this new covenant by His death on the cross, and the Lord would institute the recognition and remembrance of it with the bread and cup of communion. The new covenant brings a new relationship with God, one that we realize in particular during this Lenten season. Those connected to God through this covenant have a closer and more personal relationship with God. As Jeremiah writes, “All, from least to greatest, shall know me.”

Although the Second Reading taken from the Letter to the Hebrews is brief, it richly fulfills Jeremiah’s prophecy and another perspective of our redemption and salvation. We are called to obey the Lord and Lent is a time for us to work on that. Jesus struggled with obedience at times; however, He finally obeyed perfectly. As indicated in the reading from Hebrews, “He (Jesus) offered prayers and supplications with loud cries and tears to the one who was able to save him from death.” We recall the agony of Jesus in the Garden of Gethsemane.

We may nonetheless misunderstand what Jesus is praying for when He asks that the cup be taken away from Him. In reality His prayer was not to escape God’s will, but to accept it — that prayer was definitely heard. Is that our prayer, to appeal to God to relieve us of suffering and to make our lives more ideal? Or is our prayer to accept God’s will. Is that not what we pray every time we say the Our Father when we invoke the Lord by saying “Thy will be done?” That is our true challenge, to accept and live with God’s will, not to dispute it.

As Jesus indicated and as mentioned previously, “the hour has come.” Today’s Gospel Reading from St. John speaks of Jesus being approached by some Greeks who merely, it seems, want to see Him and meet Him and experience Him. There are a number of clever hints about what all this means in today’s Gospel. First of all, the Greeks initially approach the Apostle Philip, to whom they said, “Sir, we would like to see Jesus.” Clearly these Greeks had heard of Jesus, perhaps of His reputation as a teacher and a worker of miracles. The point is that they wanted to know more about Him. It is interesting that they chose to approach Philip, who was the only Apostle with a Greek name.

Other scholars have pointed out that there is a parallel between these Greeks and the Magi about whom we hear during the Christmas season. The Magi came from the East, but these Greeks came from the West. The Magi visited in the beginning of the Lord’s life, one might say visiting the cradle. The Greeks are visiting at the completion of His life, one might say visiting the Cross. As the Greeks wanted to know more about Jesus, that is also part of our efforts during Lent, to learn more about Jesus, and to deepen our relationship with Him.

This Gospel is so full of information for us. Just after the Lord announces His hour has come, He also says, “Whoever serves me must follow me.” To be a disciple of Jesus we must follow Him. That does not mean you quit your job or abandon your family, but it does mean that everything you do should be as a servant and follower of Jesus.