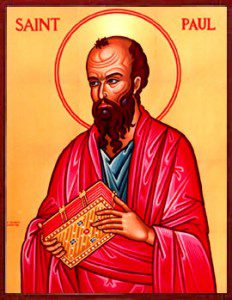 The late Msgr. Thomas McGread, who was pastor of St. Francis of Assisi Parish in Wichita, Kansas for more than 30 years, and is called by some the “Father of Stewardship,” said as he looked back on his experiences supporting and forming stewardship in his people, “The real success of stewardship in our parish is found in the hearts of the people. Without a conversion of heart, no one is able to give of themselves as Christ has asked us to do.”

In today’s Second Reading from St. Paul’s letter to the Galatians, Paul speaks of his conversion, a change of heart that provided him with the inspiration and the strength to become the apostle and evangelist he was. We are called to conversion by stewardship but it does not have to be as dramatic as Paul’s experience.

Nevertheless, conversion influences us to be good stewards, and living stewardship translates into a lifestyle of service. Msgr. McGread recognized that serving rather than being served could be challenging for people. He said, “Stewardship is a spiritual way of life and that is never easy, but anyone I have ever known who became committed to being a steward never went back. Once they adopted that way of living, they were in it for the duration, for life.”

We must understand that to be a disciple of Christ, to actually be one of His followers, requires not just conversion, but action, doing something to serve others. There are many opportunities for service right here in our parish and in our communities.