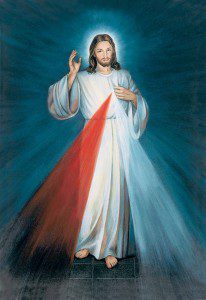 The purpose of Sacred Scripture is in part to teach us about the faith, to provide to us what the Church calls “divine revelation.” Our Second Reading from the Book of Revelation provides insights of which we need to be aware. The name of this Book – Revelation – is derived from the very first words of the Book, which are “The revelation of Jesus Christ…”

Written in Greek, the word translated as “revelation” is apokalypsis, meaning “unveiling” or indeed “revelation.” As indicated in today’s reading this book is written by “John…on the island called Patmos.” Our Catholic tradition tells us that this is John the Apostle, although scholars sometimes disagree with that assessment and conclusion. We do nonetheless know what and where Patmos is.

The Island of Patmos was the Roman Empire’s version of Alcatraz Island, a place where some were exiled and forced to work in the marble quarries found there. Ten miles long and six miles wide, Patmos has been described as lonely and desolate. Yet for John, the writer of this Book, it does not separate him from God or from his fellow Christians. He describes in today’s narrative the revelation which came to him there, but to experience such a revelation he had to be aware and open to the Words of the Lord.

We may at times feel just as exiled, just as lonely, but if we remain open and conscious of God’s presence, we, too may find solace and comfort and instructions. That is what being a steward is all about — being attentive to what God is saying to us.