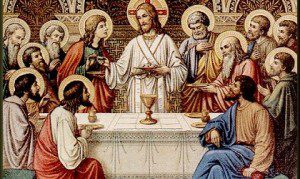 A popular statement you may have heard is, “If you are Catholic and you attend Mass every day, in three years you will have heard the entire Bible.” Although not completely accurate, this is based upon the fact that as Catholics we hear Scripture at least twice at each daily Mass, and three times at Sunday and Holy Day Masses. The readings from the Lectionary are arranged in a three-year cycle, A, B, and C. They follow our liturgical Church year that begins with the First Sunday of Advent and ends with the Feast of Christ the King. In the current year we are in Cycle B. In general, the Cycles follow this formula: Gospel readings in each cycle are drawn from Cycle A (Matthew); Cycle B (Mark); Cycle C (Luke), with the Gospel of John prevalent during Easter and other special liturgical seasons. It is estimated that we hear about 90% of the Bible over that period of time.

The point of this background is to make us aware of our readings over the past several Sundays. Both the Second Readings and the Gospels have progressed through particular Scripture; the Second Readings have been drawn exclusively from St. Paul’s letter to the Ephesians, and the Gospels from John, chapter 6. This is an example of how we as Catholics hear the Bible in detail at Mass. The message from the Lord has been consistent: He is the way to eternal life; we can only achieve that through Him.

When we think of prophets, we tend to view them as predicting the future. However, prophets like Joshua also explained things that might be difficult for people to understand. Joshua opens his oration in the First Reading by saying, “Thus says the Lord…” Joshua then elucidates what to do and how to do it. The prophet’s main point is that people have a choice. Each of us has a choice when it comes to deciding if we will indeed “serve the Lord” or satisfy our own self-interests. This is the stewardship choice addressed by St. Paul in the Second Reading as well.

In the Second Reading, Paul’s initial admonition is “Be subordinate to one another out of reverence for Christ.” He then develops that theory further. Some take umbrage with how Paul explicates the idea of being subordinate, but they may be missing St. Paul’s basic point, which is the same as Joshua’s. Each of us makes a choice in life as to whether we are going to be self-centered or other-centered. As he uses the terms in this letter, Paul means that we need to consider others first before ourselves; we should not be self seeking; and we need to find joy in other’s successes. That is a humble approach to relationships, but it is the stewardship attitude.

As indicated in the opening of this reflection, the Gospel Reading from St. John is the continuation of what is called the “Bread of Life” Discourse. The idea that one must consume and partake of the Body and Blood in order to be one with Christ was not easy to accept. Just as Joshua and St. Paul told us that we had choices to make, Jesus is doing the same. The Gospel reports, “…many of the disciples returned to their former way of life, and no longer accompanied him.” The Twelve Apostles nevertheless remained at His side. When Jesus queried them as to why they did not leave, St. Peter replies, “Master, to whom shall we go. You have the words of eternal life.”

Peter does not always come across in the best light; at times he appears a bit slow to understand, and he certainly does and says things that indicate that he may not be a deep thinker. However, in this instance he exemplifies the choice we have — that is, to follow Jesus or not. Following the Lord, living in the way He expects, is not easy nor was it ever intended to be easy. That is our challenge when we make our own choices. As Christians we need to learn that just like the Apostles, there is really nowhere else to go.