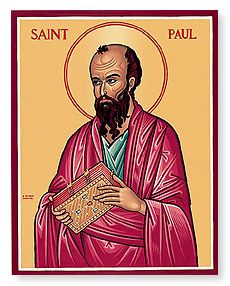 St. Paul advises us in his letter to the Ephesians (our Second Reading) to “put away the old self of your former way of life… and put on the new self.” Paul is calling for a conversion, a change in how we live. We need to remember the first documented word that Jesus said when He began His ministry was “Repent.” It is also crucial that we keep in mind that the original word Jesus said was “metanoeo,” the Greek word as reported in Gospels. There are two parts to this word: the first meta means “change,” and the second noeo refers to the mind and its thoughts and perceptions.

Thus, what Jesus was really saying to us was “change your hearts and minds.” This is what St. Paul is speaking about when he says we need to “put away the old self… and put on the new self.” We are called to conversion; we are called to a change, a transformation that puts God at the center of our lives rather than self and all that goes with that self-centeredness.

This is the stewardship conversion to which we often make reference. This is not a one-time conversion but an ongoing one, a daily one, perhaps even more than once a day. That may sound impossible, but it is not if all we do and all that motivates us is the desire to live as Jesus wants us to. It is not easy, but it is joyful and fulfilling.