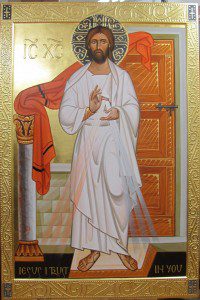 Last week on Easter Sunday, we heard in the Gospel of John that when he (John) saw the tomb with Jesus arisen, “He saw and believed.” This week, among the splendid scriptural passages, we learn of Thomas, called Didymus, who questioned Jesus’ Resurrection, but when confronted with the living and arisen Lord, declares, “My Lord and my God.” Throughout our readings for this Second Sunday of Easter we hear witness and we receive firsthand accounts of the arisen Savior.

The first reading from the Acts of the Apostles reports on the early Church and its dedicated members. However, we must also realize that the early Church was fostered and nurtured by the Apostles and those among Jesus’ followers who witnessed His amazing Resurrection and actually saw Him and spent time with Him. The Acts of the Apostles is the New Testament book which follows directly after the four Gospels. Scholars and historians agree that it was written by St. Luke, the same Luke who wrote the Gospel of Luke. Acts begins with Jesus’ Ascension and then recounts much of what occurred after that.

Although there are many statements of note in this first reading, one which ties in so well with the other readings for today, including the Gospel, is “With great power the apostles bore witness to the resurrection of the Lord Jesus, and great favor was accorded them all.” Putting this statement in comparison to the rest of the first reading we learn that the Apostles had a sense of what was important: first was God as manifested through Jesus; second were people; and third were temporal or material things. This is the same order that stewardship emphasizes: first and foremost we must have God at the center of our lives; second we must reach out to, minister to, and serve others; the last thing in our sense of what is important should be our possessions.

The second reading, drawn from the first letter of St. John the Apostle, is a testament to the reality of Jesus and the authenticity and certainty of His Resurrection. St. John speaks of being “born of God.” Theologians have examined this statement in great detail. It relates directly to a total trust and faith in the Lord. John speaks often of “love” but he wants us to know that loving others is not enough. As referenced in our reflection about the first reading, we are called to place our total trust in God. That trust is what allows us to live lives of stewardship, to take the risks associated with that because we know that God is with us and God watches over us. The Greek word for faith meant much more than just belief; it also meant trust, confidence in, commitment to, and much more. That is why many include the word “total” before the word “stewardship.” To be total stewards we must be completely reliant upon the Lord.

This idea of total trust is really addressed carefully in the Gospel passage from St. John, which describes Christ’s appearance to the Apostles, but a manifestation not witnessed by St. Thomas. Because Thomas questions it, he has been called “doubting Thomas” for centuries. Yet, many, if not all, of us have the same questions, the same doubts. The point of this Gospel, and of all our readings for this Second Sunday of Easter, is that we are called to believe even though we may not have seen. Even Thomas questions the accuracy of those who tell him they saw Jesus; we, like Thomas, are called to believe and respond to the reports represented in today’s readings.

In a sense this passage from John is the climax of his entire Gospel. Jesus has overcome everything, and John reports on his final days and the time after it. Jesus’ final victory is over disbelief. That may be our greatest challenge. We accept the Lord’s call to us, but do we respond with the fervent belief we need? St. John tells us that he has not included everything in his Gospel, but we are expected to believe based upon what he has provided us. “Blessed are those who have not seen, and have believed.”