November 23, 2014 – The Solemnity of our Lord Jesus Christ, King of the Universe 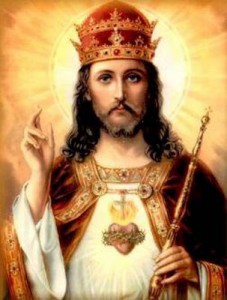 “Amen, I say to you, what you did not do for one of these least ones, you did not do for me.” Jesus does not make it easy for any of us when He says that. Even those who practice stewardship faithfully, even the best among us, have times when they may turn their back on those in need. The Solemnity that we celebrate today is popularly known as Christ the King.

It is in Church terms relatively new. Instituted in 1921 by Pope Pius XI, it was originally on the last Sunday of October. It was renamed in 1969 by Pope Paul VI and moved to its present date, which is the last Sunday in the liturgical year, the last Sunday before Advent. The edict issued by Pope Pius XI in 1925 was called Quas Primas. It stated “It has long been a custom to give to Christ the metaphorical title of ‘King.’ He is King of Hearts by reason of His ‘charity which exceedeth all knowledge’.”

Today’s readings trace our Lord Jesus Christ from “the shepherd who tends his flock” to the “first fruits” to the “king.” As stewards of His Word, His Kingdom, and His Hope, He invites us to see Him in everyone we see and everyone we encounter so that we can finally hear His glorious declaration, “Come, you who are blessed by my Father.”