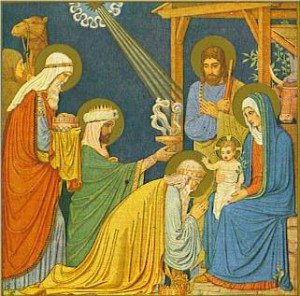 The Story of the Magi (known best to us as the Three Wise Men) is one that has captured the hearts of most of us since we were small children. It is so filled with imagery and stewardship connotations that there is scarcely space to include all of it.

Historians point as much to this occurrence as to any to account for giving at Christmas. The Magi brought gifts — treasures according to the Bible — and presented them to the Christ Child. It was not just the gifts, however. “They prostrated themselves and paid him homage.” St. John Chrysostom once wrote, “The rich person is not the one who has much, but the one who gives much, for what is given away remains theirs forever.”

The steward comprehends that everything she or he possesses is merely on loan from God. The Magi understood that so they gave gifts of the greatest treasure. They also understood the holiness of what had occurred, as they fell to their knees and worshipped the Lord.

Initially the Magi had gone to a palace to seek the baby Jesus. Reality was that He was in a humble place and of humble means. As we reflect upon this event, in humility we need to seek the faith and sense of stewardship shown by these strangers from the East.