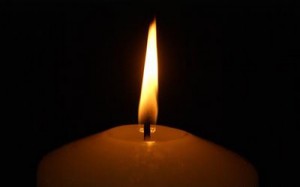 “Let us then throw off the works of darkness and put on the armor of light.” (Romans 13:12) The readings for this First Sunday of Advent, as we prime ourselves for the coming of Christ, point to the light of Christ. In fact, as suggested in the first reading from Isaiah, “Let us walk in the light of the Lord.”

Of course, to truly see the light, we must open our eyes, thus the clarion call throughout the readings to “Awake!” This may be the “busiest time of the year” but it is also time for us to act on our faith lives and be good stewards of all we are and all we have.

There are many readings during this season from the prophetic Book of Isaiah. Isaiah, the son of Amoz, did not just hear the Word, he “saw” it. On this First Sunday of Advent we are called to “see”; we are called to a new way of looking at the world. We are to walk in the light of the Lord now, not gradually, not in a few weeks, but right now.

In his letter to the Romans St. Paul echoes the urgency and the call reflected by Isaiah. Paul reminds us that we “know what time it is.” We should understand that it is time for us to change and conduct ourselves “properly as in the day.” The night is over and this is no time to rest. There is a compelling need for us to concentrate, in spite of the seasonal business which is all around us, on the light of Christ. It is not just that He is coming (Advent is rooted in the Latin word adventus which means “coming.”) The Lord is not just coming; He is here.

We can hear the sense of immediacy in Jesus’ voice as it is recorded in the Gospel, Matthew 24: 37-44. He says outright and abruptly, “Stay awake!” Today’s Gospel closes with Jesus telling us “You… must be prepared for at an hour you do not expect, the Son of Man will come.” During our Advent “expectations” it is well for us to remember that the term “Son of Man” occurs 107 times in the Old Testament and 81 times in the four Gospels. In the New Testament almost every time it is used is when the Lord refers to Himself as the Son of Man.

Jesus is coming as one of us. Yes, He is also the Son of God, but more essential is that He is to be born of Mary, a human just as we are. Stewardship calls us to wake up, be ready (not “get ready”), to put on the light of Christ, and to carry out our stewardship in action, not just preparation. It is Advent; He is coming, and the time to change is now. “Come, let us walk in the light of the Lord.”