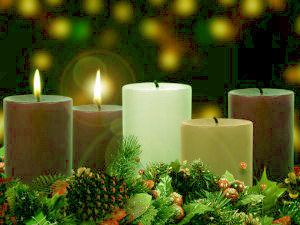 There is a reason that John the Baptist appears in our Gospel reading for this Second Sunday in Advent calling out, “Repent, for the kingdom of heaven is at hand.” We might conclude, and not entirely in error, that the reference point is the imminent birth of Christ, the ultimate conclusion of Advent.

However, the meaning of this is much deeper and broader, something which needs to strike a chord in our hearts and in our lives of stewardship. Often we make reference to the fact that stewardship requires conversion. There are actually two accepted translations of μετανοέω/metanoeō, the original Greek word construed as “repent” which begins John the Baptist’s admonition. One is “repent” which is always good advice to us.

The other is “change.” Last week Jesus told us to wake up. This week John the Baptist is telling us to change. Advent is the time for us to come alive, but it is not just an occasion for action. It should also motivate us to alter the way we approach living — to seek ways to live out stewardship in service, in love, and in gratitude.

But, yes, it is a time to be penitent as well. It is a time to repent in the original sense of that word. St. John Chrysostom wrote eloquently on how to repent. He gave us five paths (terms) to lead us to repent: 1. Confession; 2. Forgiveness; 3. Prayer; 4. Almsgiving; 5. Humility. That is good advice for Advent.