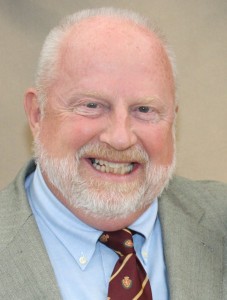 My wife, April, has used the phrase “Stewardship: An Attitude of Gratitude” so often that she thinks she coined it. While the originator will probably remain anonymous, the first time I heard this phrase was from Monsignor Joseph Champlin, a gifted and well-spoken priest from the Diocese of Syracuse, N.Y. As April and I recall, it was in the mid-1980s.

That phrase truly captures the crux of stewardship, and it was an appreciation we grasped early on in our stewardship journeys. I begin each day with the same prayer, and it is a pretty simple one. The moment I am awake, and I realize it (I am not fond of alarms), I pray, quite simply, “Thank you, God.”

Are you aware that there are 86,400 seconds in each 24-hour day? It takes a second to say “Thank you” to the Lord. Have you said that prayer today? Shouldn’t you?

The well-known Roman philosopher Cicero even captured the essence of stewardship when he wrote, “A thankful heart is not only the greatest virtue, but the parent of all other virtues.”