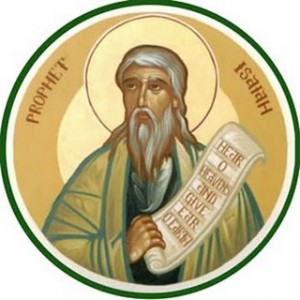 The readings for this 21st Sunday in Ordinary time are filled with visions of the Church, as well as insights into what it is to be a good steward. The Lord often asks us to step back and look at the larger perception of life, while not losing sight of our ultimate calling and goals.

The first reading from Isaiah presents us with that view of the “universal Church” as it will be in the future, which is our present. In this reading the Lord proclaims “I come to gather nations of all languages.” God goes on to say that He will send missionaries to all nations; He then lists places which do not mean much to us today. However, once we know where He is indicating, it becomes much more clear. The missionaries are to go to Tarshish, which we know as Spain, France, and Italy; Put and Lud, the former being Northern Africa and the latter the rest of Africa; Mosoch, which is Asia Minor; Tubal, Eastern Europe and Russia; and Javan, Greece.

Our word “Catholic” traces its roots to the Greek word katholicus, which means “universal.” Isaiah was written as early as 800 BC and there was already a good analysis of what the Church would become. Perhaps every geographical region was not alluded to, but what was listed is a fairly large part of the world essentially at that time.

The second reading from Hebrews makes reference to “a great cloud of witnesses.” Thus, we have large numbers of the faithful speaking every language and living throughout the world (the present number of Catholics in the world is estimated at more than 1.2 billion). As we have cited previously, Hebrews used the same comparison of which St. Paul was fond — that is, life, our faith journey, is akin to a race. For us as stewards this is especially meaningful, in that we are called to be committed and to be consistent. This reading from Hebrews reminds us that this “race,” this lifetime journey is a marathon, not a sprint. It speaks of “drooping hands and weak knees,” exactly what happens to someone who has run a long distance. We are challenged not to falter, but to keep our focus on Christ and to find strength for the journey in our faith in Christ.

Jesus explains in the Gospel that a life of faith, a life of stewardship, requires a change on our part, a conversion. Part of His warning intended for the Jews, whom he anticipated would cling to traditions and the past rather than fully embracing what Jesus laid out. In fact, this was a challenge for the early Apostles. Jesus points us as well through stewardship to become people who served. Christ repeatedly makes reference to the importance of serving others. Of course, He closes with the statement that “Some are last who will be first, and some are first who will be last.” As difficult as that may be for us to fully comprehend, it means, quite simply that all in the world are called, and all in the world can be saved, whether at the beginning or at the end, as long as they place their total trust in the Lord. We are a Universal (Catholic) Church spanning the globe, but Jesus is the gate through which we all must pass.