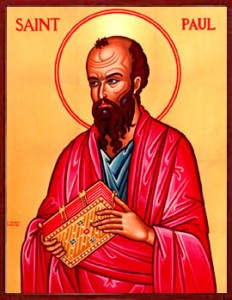 The readings for this Tenth Sunday in Ordinary Time seem to have points of emphasis. These include the love and compassion the Lord has for us; the power of prayer; and, the key to a stewardship way of life.

The First Book of Kings, from which the first reading is taken, and the 2 Kings which follow it, begin with the death of David and then trace the next 400 years. The featured character in today’s reading is Elijah. We also see Elijah present at the Transfiguration, and several references are made to him in the New Testament. He is a great example of stewardship  — that is, a man who recognized and used his gifts to praise and support God. He was in a sense the right man at the right time, and his willingness to take the risks associated with being a good steward reminds us that we, too, must identify our Christian vocation and pursue it.

You might say that this first reading stands as a testament to the power of prayer, as Elijah prays to God for a miracle and receives it. We must also realize nonetheless that this is a demonstration of the power of our Lord who hears and responds to the prayer. Through prayer God brings a young man back to life, and scripture tells us, “Elijah…gave him to his mother.”

St. Paul’s letter to the Galatians, from which the second reading is taken, is a strong, although perhaps not obvious, statement about stewardship. A schism had developed in Antioch (in Galatia) between Christians who followed Jewish law closely and Gentiles who did not feel beholden to Jewish law. Paul speaks of two key ingredients of stewardship. First, he reminds the Galatians (and us) that stewardship requires a dramatic conversion, similar to his own. Second, he tells us that once we have been converted, our motivation for doing good, for practicing our faith, for reaching out to others, should be gratitude and an understanding that is what we are meant to do, not because of a sense of obligation or duty. In other words we are stewards because we are supposed to be, not because we are following a law or a command.

The Gospel from St. Luke reinforces the other readings. It is an amazing parallel to the first reading in that Christ, just as God did for Elijah, brings a young man back from death. Even the scriptural statement is the same as the one in First Kings, but now “Jesus gave him to his mother.” We must consider carefully what occurs here. Coming into the city is Jesus, followed by his Apostles, and many other followers, a joyous upbeat group we must think. Coming out of the city is a funeral procession, a group of mourners, with the mother of the dead son, most likely the saddest of all.

In having compassion and reviving the dead son, Jesus demonstrates the power of life over death. And what do the people proclaim, “A great prophet has risen in our midst.”  Sometimes we miss the most obvious connections. Not only does Jesus conquer death in the eyes of those present, but their response anticipates His own Resurrection, for He, too, will arise. He, too, has risen.