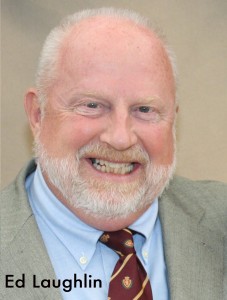 I am pleased and proud to announce that Ed Laughlin from Port St. Lucie, Fla., has joined our staff at Catholic Stewardship Consultants and will be working with our organization in client development and management.

I have known Ed for a number of years, and he has been a blessing to the Church throughout the past 30 years in helping to spread the message of stewardship both nationally and internationally.

Ed is currently the Presiding Chair of the Pastoral Stewardship Council at St. Bernadette Catholic Church in Port St. Lucie. He previously spent 20 years as the Director of Stewardship in the Dioceses of Peoria, Ill., and Palm Beach, Fla. Prior to that, he forged a successful 17-year career as a teacher, coach, and high school principal, including several years at Marquette Catholic High School in Ottawa, Ill. In addition, Ed has been involved on multiple levels with the International Catholic Stewardship Council for close to 30 years, having served on the ICSC Board for 10 years, including five as Vice President. The ICSC presents two major awards to individuals and groups each year — the Bishop Connare Award for Distinguished Service and the Christian Stewardship Award for exemplary contributions to the stewardship movement around the world. Ed is the only individual in the 50-year history of the ICSC to have received both awards; the Christian Stewardship Award was presented jointly to him, and his wife, April.

Ed and April have been married for 38 years, and have five children and four grandchildren. The Laughlins and the members of their family have spoken on stewardship at 18 ICSC national conferences, and have presented stewardship as a way of life in more than 500 parishes in the U.S., Canada, New Zealand, Australia, and Europe.

We are blessed to have Ed join our organization, and he also will be sharing his wealth of stewardship experience with followers of The Catholic Steward blog as a regular contributor. We are excited about Ed sharing his insights and experience with our followers as we continue to further our mission as an organization in the development of stewardship as a way of life. 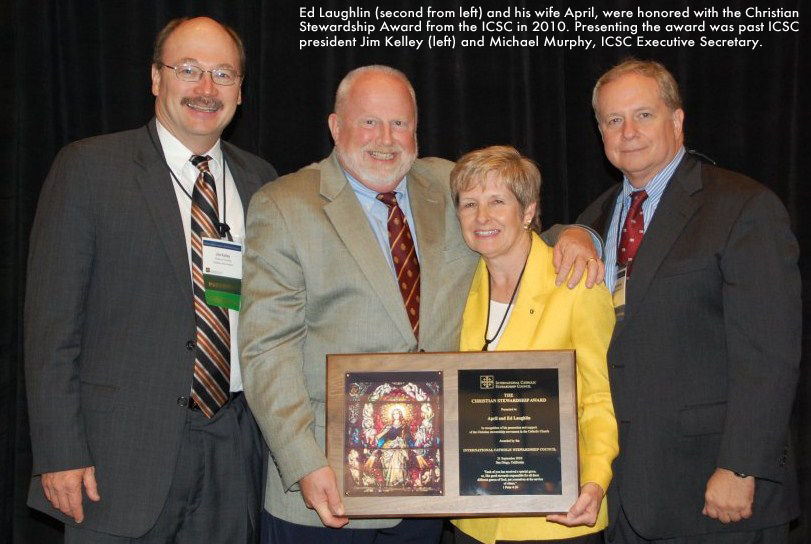