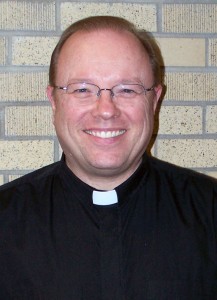 Recently, a classmate of mine informed me of an article he read in his diocesan newspaper written by a young writer named Christina Capecci, who lives in St. Paul, Minn., and writes a syndicated column on the national level. The column is titled, “Twenty Something” and can be found at www.ReadChristina.com. She is young Catholic woman using her time and God given talent to inspire and inform others, especially young people about their Catholic Faith. I knew right away I had found a faithful steward that would share stewardship stories that would inspire me and others. Soon I would realize I had found a goldmine filled with faith and discipleship.

The story I was introduced to is titled “MISSING CATHOLICS STILL INSPIRE” published on Thursday, March 15, 2012. Having contacted Christina, she happily gave me permission to share this story with you:

“This month we mark the 100th anniversary of the sinking of the Titanic, and the luxury liner buried two and a half miles below the Atlantic bobs to the surface once again. But I keep circling back to the shipwreck of 2012, the cruise liner Costa Concordia that struck a reef off the Italian island Giglio one Friday night in January. Of the 32 casualties, only two Americans remain missing, a retired couple from Minnesota: Barb Heil, 70, and her husband, Jerry, 69, parents of four and devout Catholics.

They had waited their whole lives to take a cruise like this one, having paid for years of Catholic school tuition and medical bills from a bout with cancer. Finally, their chance had come – time to see the Vatican City and Tuscany’s rolling hills.

Four days after the shipwreck, a reporting assignment brought me to Barb and Jerry’s parish, St. Pius X in White Bear Lake, a mile and a half from their blue Ranch-style home. Their fingerprints were everywhere.

As I pulled up to the church the maintenance guy Randy was changing the marquee sign on the front lawn, removing the words “school book fair” and loading the message “Barb Jerry prayer service.”

In the front entrance I passed boxes of raffle tickets for the parish festival three weeks away. Barb and Jerry’s envelope was not there. They must have retrieved it before leaving on their trip.

A little further in, sign-ups for volunteer positions were taped on a table. On the second sheet, Barb had written her name in loopy cursive, committing to a kitchen duty to be fulfilled Sunday, Feb. 12: “hot dogs 10:45 am-1:45 pm.”

The small Eucharistic Adoration chapel tucked behind the sacristy was occupied by four parishioners. Jerry and Barb attended daily Mass and weekly adoration, and now that chapel was being filled in their honor. I flipped through the register, a three-ringer binder marked with arrivals and departures at every hour, overlapping five or 10 minutes. Outside the chapel door, a turquoise Mead notebook held petitions for Barb and Jerry scrawled in black ink. “Peace,” someone wrote, “closure for their family.”

One of the parishioners in adoration was Dennis Bechel, 71, who belonged to the same Knights of Columbus council Jerry had served on. “It’s a shock,” Dennis told me. “You become almost like a second family when you’re involved in a church community like St. Pius.”

I learned that Jerry taught adult faith formation and had helped set up the church’s first website. Barb, meanwhile, was an active volunteer at the Dorothy Day homeless shelter.

One month later I was back at St. Pius attending the memorial Mass for Barb and Jerry.

We sang “Be Not Afraid,” and during his homily the priest addressed the scenario playing out in all our minds. He gave us the words we want to believe: “I can imagine them very calmly allowing others to get ahead, not pushing others, probably figuring it was going to be OK.” Surely, he said, Barb and Jerry were praying as they waited their turn.

When I reviewed all my reporting notes, it was hard to find anything unrelated to Catholicism. As a 20-something imagining what the rest of my life will look like, that inspired me. For me that’s the takeaway, that’s the testimony: to be so wholly Catholic that there is nothing outside your faith, nothing untouched, nothing walled off, nothing hidden. It’s where you begin and end and where you dwell all day. It’s not showy or pious, it’s just who you are – Catholic, through and through.”

It is my hope and solemn prayer that when a story such as this is shared, one can’t help but realize that the stewardship way of life is obviously all around us. It is composed of ordinary people doing ordinary activities to enhance their spiritual life and connect with others. A talented and gifted writer who has discovered a way to share her faith by using her God-given talent for selecting words to describe, inform, inspire and motivate others to live a stewardship way of life is the person I appreciate as a gift of faith to me and countless others. For by using that gift she has not just reported a story, she has shared a gift of faith; hers and that of Barb and Jerry Heil.

When I found Christina, I found a faithful steward. I also found a wonderful couple, I never met, who met a tragic end, but lived a beautiful life of discipleship, shared with others while they were with them and now strangers who have never met them. They couldn’t have known how many will benefit and be inspired by their faith, their stewardship. It probably wouldn’t have mattered. Most likely, they would have lived it the way they did anyway. Authentic Stewards would.