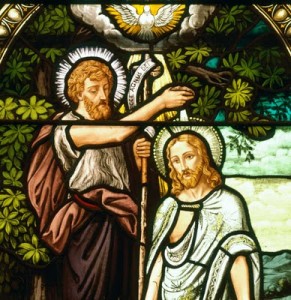 Jesus came to St. John the Baptist to share the baptism of repentance for sin that John was performing in the Jordan River. John protested that Jesus did not need the baptism for he had no sin, but Jesus insisted. He wanted to identify himself with our sinful humanity as he was going to be the sacrifice for our sin. After the baptism, the Holy Spirit descended upon Jesus and the voice of God the Father proclaimed him his beloved Son.

After the baptism, Jesus began his public ministry, and as St. Peter declared, “He went about doing good.”  We who have been reborn as God’s adopted children in sacramental Baptism are called to live a new life and imitate the example of Jesus. This includes using the time, the talent, and the treasure entrusted to us to serve our Lord and his people, not just for our own benefit.