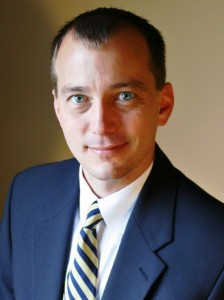 I thought I would share with you a case study on how one of the parishes I have mentioned in previous posts — St. Mary on the Hill in Augusta, Ga. — has worked to continue to develop stewardship as a way of life.

The article incorporates an interview with the pastor, Fr. Jerry Ragan. I think you will find it very helpful to read, in down to earth language, about what they are doing at St. Mary’s, and about what they are experiencing as a stewardship parish — one that is constantly looking to more effectively spread the message of stewardship to all parishioners.

With that said, it is a lengthy post for our blog, but I think you’ll find it worthwhile. Feel free to share this and anything from this blog with all of your parish leaders and others who you think will benefit from the information. You can also click here to download the article.


Masters of Stewardship at St. Mary on the Hill

In Augusta, Ga., just a few miles down the road from the home of the world’s most famous golf tournament, living the stewardship way of life at St. Mary’s is par for the course.

When you think of Augusta, Ga., you think green jackets, the Augusta National Golf Club, and Amen Corner. Georgia’s second largest city is best known as the home of one of the world’s most famous golf courses and the home of the Masters Tournament each April. 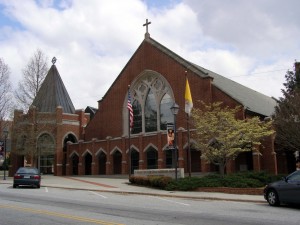 But here at St. Mary on the Hill Catholic Church, pastor Gerald P. Ragan knows he has his own version of “Amen Corner.”

And for the man affectionately known by his parishioners as “Father Jerry,” he knows the commitment to the stewardship way of life is why Augusta’s other “Amen Corner” has taken root at the intersection of Monte Sano Avenue and McDowell Street.

“This is a faith community rooted in prayer,” Fr. Ragan says. “Prayer is always the starting point of what we do.”

With a commitment to prayer as the focal point, St. Mary’s is a vibrant stewardship parish of more than 2,400 registered families. With more than 75 ministries, including perpetual Eucharistic Adoration and a tuition-free school, and an offertory that regularly yields more than $70,000 a week, it is easy to see why St. Mary’s thrives.

But success as a stewardship parish goes way beyond healthy financial statements and active participation in ministries. And for Fr. Ragan, he says it all begins with the first of the “Three Ts of Stewardship” — time.

From the beginning of his pastorate at St. Mary’s, Fr. Ragan says the commitment of time for individual and family prayer has been the one characteristic of the parish community that has stood out in his mind. And it remains the characteristic Father believes drives his parishioners to be such faithful disciples.

“I found a community with three strengths,” says Fr. Ragan, a native of Philadelphia, of his arrival at St. Mary’s as pastor in 2002. “First and foremost, it was a community rooted in prayer. They had a great musical program, a beautiful worship space, and they even had perpetual adoration.”

Fr. Jerry clearly had plenty of reasons to be excited about his new assignment. What’s more, the parish also has a deep-rooted commitment to Catholic education at St. Mary on the Hill Catholic School. With a beautiful school campus and an enrollment of around 500 students, it was obvious to Fr. Ragan that Catholic education was a priority of the St. Mary’s community.

“This parish was obviously living stewardship as a way of life,” Fr. Ragan says.

But his new parish was in stark contrast to the parish in Philadelphia where he had previously served. There, Fr. Ragan says only 19 percent of the registered parishioners attended Mass every Sunday, compared to the 59 percent of St. Mary parishioners who do so. Father also remembers the parish school in Philadelphia as “elitist,” serving more as a status symbol than a place to educate children in the Faith.

“It killed me that many of the 19 percent who were faithful to the Eucharist could not send their children to Catholic school, because they could not afford it,” Fr. Ragan says.

So, when he arrived at St. Mary’s and found that its parishioners were all afforded the opportunity to send their children to the tuition-free school by simply committing to live as faithful Christian stewards, Fr. Ragan was amazed.

Quickly, Fr. Ragan realized the difference between St. Mary’s and his former parish in Philadelphia came down to one thing — a high percentage of St. Mary parishioners were living the stewardship way of life. They were a spiritual people wanting to grow closer to Christ and serve the Church.

Despite the many positive things happening within the parish, Father also knew it was his job as pastor to take his parishioners to the next level; to further lead parishioners to an even deeper commitment to the stewardship way of life.

“It is not magical,” Fr. Ragan says. “It requires a lot of good faith and a lot of hard work.”

Working hard to reach that next level was exactly what Fr. Ragan did. While he knew he was inheriting a successful stewardship parish when he arrived, a lagging economy in 2002 brought Fr. Ragan face-to-face with a potential financial crisis at the parish.

“In 2002, we faced a recession year,” Fr. Ragan recalls. “And, while we were a faith community committed to living stewardship as a way of life, I noticed that we were not being very good stewards in terms of the careful use of our resources. We had gotten into the habit of writing a check for everything and not necessarily using the talent that was present in our parish.”

So, Father called on his people.

With so many talented and committed parishioners at St. Mary’s, Fr. Ragan thought it necessary to call his talented parish family to action. It was this call to action that helped St. Mary’s meet its operational and financial goals. More importantly, it helped parishioners grow even closer to Christ through stewardship.

In the past, much of the emphasis was placed on the “treasure” aspect of the renewal. This time, Fr. Ragan realized it would take parishioners’ commitment to all three “Ts” to achieve true conversion of heart.

“I wanted to make sure that our Commitment Cards included space for all three spiritual exercises,” Father explains. “And I believe they are spiritual exercises, because when people give of themselves through their time, talent, and treasure, the conversion process begins to take hold, and they begin to become spiritually stronger.”

St. Mary parishioners answered the call in remarkable fashion. In growing numbers, people began to willingly offer even more of their talents to serve the parish.

Suddenly, more and more of the parish’s needs were met of out of the generosity of parishioners rather than met by stroking checks.

“As I thanked Larry, the plumber, for donating his service and finding a manufacturer to donate the heating and air conditioning system for our new youth house, a trend developed,” Father explains. “Suddenly, Chris, the builder, wanted to thank God for a great year by making a donation of $10,000 over his pledge to cover the cost of rectory renovations.”

And so it was. Stewardship was taking hold of the parish community of St. Mary’s in even greater ways than before.

Yet, more than 10 years into the parish’s stewardship journey, Fr. Ragan realized there were still many parishioners who simply “didn’t get it.”

“Stewardship is not something that automatically takes hold of our parishioners’ lives,” Fr. Ragan says. “It requires a conversion of heart.” Father also points out that it requires constant conversion, constant commitment, and constant formation.

With that in mind, Fr. Ragan and his leadership team launched the next phase in St. Mary’s stewardship journey by placing a much-needed emphasis on faith formation. St. Mary’s leaders began to organize new opportunities for faith formation, including Bible studies, guest speakers such as Scott Hahn, and more.

Father says the impact on parish life has been immeasurable. Today, St. Mary’s parishioners continue to increase their commitment to stewardship on a daily basis. More and more parishioners are offering the first fruits of their income to God in gratitude. The number of parish ministries constantly is growing, so much so that Father says, “It is hard to keep up with them.”

Above all, the parishioners of St. Mary on the Hill are deepening their prayer lives. An adoration chapel that is never empty, an overflow of people at almost every Mass, and the traffic jams in the parking lots along Monte Sano Avenue and McDowell Street are proof of that. Proof that, although Fr. Jerry Ragan may never live the dream of playing a round of golf at Augusta National, he is living a dream each day at St. Mary’s very own “Amen Corner.”