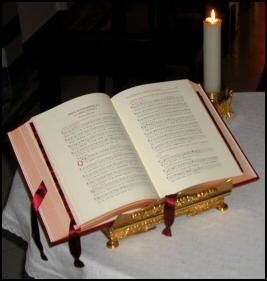 It’s hard to wait when we know something special is coming.

As a child, it seemed to take forever for the next birthday to roll around. And Christmas?  It seemed like it would never arrive!

It’s a little different for adults. Birthdays begin to speed by on a monthly basis, or so it seems, and Christmas always comes just a few weeks before we’re ready. But, even so, there are special events we look forward to with eagerness, and time seems to drag on before they arrive.

It must have seemed even harder for those who were awaiting the deliverance promised by God. The Old Testament prophecies, such as Isaiah 35, were full of declarations of how God would usher in his Kingdom, with peace among the nations, sufficient provisions for everyone, and the whole world united in the worship of the Lord.

Yet, for those living in first century Palestine, life was far different. The nation had been invaded by the Roman Empire, their homeland was burdened by an occupying army, and life was hard for most, except for those who collaborated with the Roman conquerors. And it seemed that God had dried up the stream of prophecy that had sustained their religious life, for there had been no recognized prophets for centuries. When would the promised glorious future arrive?

Then, suddenly, John the Baptist appeared, proclaiming the imminent arrival of the Kingdom of God. It seemed that a prophet had once again arisen in Israel. And he, in turn, pointed to one Jesus of Nazareth, who, John insisted, was greater and the one through whom God would act.

Jesus did engage in a great public ministry, teaching crowds and healing the sick. But the dramatic effects the people hoped for never appeared. He didn’t drive the Romans out. God didn’t destroy the surrounding pagans with fire and brimstone. Everyday life didn’t change.

Even John the Baptist, now in prison for offending the political authorities, began to question whether he had been mistaken about Jesus. So, as we read in Matthew 11, he sent some of his followers to ask Jesus, “Are you the one who is to come, or should we look for another?”  Jesus’ reply was to refer John back to the prophecy of Isaiah, for his ministry was fulfilling what God had spoken through the prophet.

We now know what John and others could not have known at the time. Before long, Jesus himself was arrested and then crucified. But we also know that he rose from the dead. The Kingdom of God has been established, but not in the form most people had expected.

But we still do not see the Kingdom in its fullness, and we, too, can begin to wonder if God will ever act. Things are not much different from when St. James wrote (5:7) to the early Christians, “Be patient, brothers and sisters, until the coming of the Lord.”  We should practice the same patience as the farmer, who waits until the crop is ripe to harvest it. Waiting is difficult but necessary. So what do we do? Carry on with our lives.

That is how Christian stewards should live. We’re reminded in this Advent season that not only do we celebrate the birth of God Incarnate in a humble stable 2,000 years ago, but we also look forward to his return in glory at the end of time. But we don’t know when that will be, and there is no need to waste our time speculating. We should be ready at all times for his Second Coming, but it should not preoccupy us.

In the meantime, our task is to carry on with our responsibilities, using our time, our talent, and our treasure to serve God and his Church. While we rightly look forward to the glorious return of Jesus Christ, our present duty is to live every day for the glory of God. Then we shall be prepared for whatever happens, and we can trust God to act when he is ready. After all, as we sing in Psalm 146, “The Lord shall reign forever.”