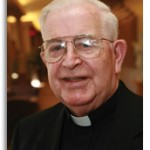 A few years ago, the Pew Forum on Religious and Public Life conducted its U.S. Religious Landscape Survey based on interviews with 35,000 Americans age 18 and older. The survey was designed to detail the religious affiliation of the American public.

For Catholics, the Pew Forum survey findings are cause for concern.

The results reveal that one-third of Americans who were raised in the Church no longer identify themselves as Catholic, which means that 10 percent of all Americans are former Catholics.

The overall percentage of Catholic Americans has dropped from 31 percent to 24 percent. According to the Pew Forum, this decline would be greater if Catholic immigrants were excluded from the findings.

Even more alarming is that more than one-quarter of American adults (28 percent) have left the faith in which they were raised in favor of another religion — or no religion at all.

The Catholic Steward finds the survey results to be of great concern.

As parish leaders, how can we address this apparent loss of faith sweeping our nation?

The Catholic Steward (TCS) sat down with renowned stewardship pioneer Msgr. Thomas McGread to discuss the Pew Forum survey and to seek his advice and suggestions on how to deal with this alarming trend facing the Catholic Church.

The Catholic Steward: Monsignor McGread, what do you make of these findings, particularly the fact that the Church is the faith tradition that seems to be losing most members?

Msgr. McGread: Well, you see, the Catholic Church is the faith tradition with the most members. She is the largest religious group, so it makes sense that as people are changing religions (as they will always do in some regards), the Church will be the place from which more numbers of people leave.

TCS: So, Monsignor, you’re suggesting that we do not let the fact that the Catholic Church was singled out as the faith tradition that has lost the most dishearten us?

Msgr: Oh, definitely. We should not be discouraged!

TCS: Discouraged or not, it stands to reason that if so many Americans are leaving the Church and, even more, so many are choosing the cut all ties with religion, we have to make this our concern. What would you suggest that we do on the wake of this information?

Msgr: First and foremost, we must educate! The big problem with most Catholics is that they do not understand the Faith at all. They do not understand the Mass, and, you know, the Mass is meant to serve as a catechetical tool of sorts. The Mass should bring people into a deeper relationship with Christ and His Church, but people do not understand what the Mass is. That is a huge problem. A few years ago, it was reported that 30 percent of Catholics did not believe in the real presence of Christ in the Eucharist. That is a big problem. If people don’t believe the central mystery of our Faith, they are not going to remain connected to the Church. When you do not understand the truths of the Faith, one religion becomes just as good as another and then, of course, you’re apt to leave.

TCS: So, you believe that the best way to combat this problem is to educate our parishioners?

Msgr.: Yes. People are always looking for God. People have always been looking for God. Even the ancient pagan religions had ‘gods,’ because we need God. There is an innate desire in the human heart for God. And because he is the fulfillment of all of our desires, when we find Him we are truly happy – forever. But people need to understand who God is in order for their faith to deepen.

TCS: Do you think that religious education is not emphasized enough in most parishes throughout the country?

Msgr.: People think that when they receive the Sacrament of Confirmation they are done with religious education. But this makes no sense. We think that we are done learning the Faith at eighth grade. Yet, we go on to any profession, and we continually study for that. People even go through continuing education with regards to their professions throughout their lives. We should put the same effort – in fact, even more so – into learning the Faith. Then, as we come to a deeper understanding of it, our commitment to living it will surely increase as well.

TCS: Would you, then, encourage pastors and parish leaders to establish good adult religious education programs?