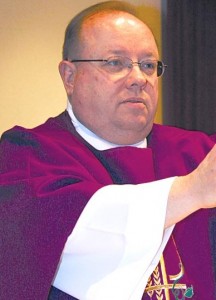 A feature film production based on the life of William Wilberforce titled Amazing Grace was released three years ago. It got its name from a real-life friendship between Wilberforce and John Newton, who wrote the words to that famous Christian hymn, “Amazing Grace.” The film, however, told the story of one of the most amazing figures in British history. Mr. Wilberforce was born in 1759 in Hull, England, and in 1780 secured a seat in the House of Commons as a Member of Parliament. For over 20 years, he persisted in trying to end the slave trade in Britain. He persisted because his faith told him to do so, and it was right to do so.

Mr. Wilberforce believed that “one day we will have to give an account on how we lived and what we have done with what God has given to us.” He was absolutely convinced that “we will be held accountable for our stewardship.” This was written in 1797. It became an anthem for those seeking to live a moral life with “authentic” Christian ideals. Perhaps this indicates people have long desired to proclaim the value of the stewardship way of life.

At the end of his life, William wrote about those ideals in a book titled Real Christianity. His contemporaries described his work “a cry from the heart” – a plea for his fellow Britons to embrace what he called a vital – or authentic – Christianity. It influenced many great Americans, including Abraham Lincoln and Fredrick Douglas, to name only two. 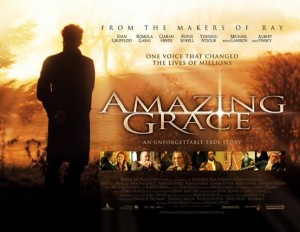 I saw the movie and have now acquired the book. My interest lies in the story of a man who lived his life of stewardship in a public way and wasn’t afraid to stand up for what he believed. He challenged his country and the ethics and moral behavior of those who claimed to be Christian. He “rattled some cages” and “ruffled some feathers,” all because he loved as any Christian should. There was no question that he was living the stewardship way of life. Is there any question we shouldn’t be doing the same thing? And if not, why not?

We should frequently look for ways to improve our spiritual lives and our relationships with God. William Wilberforce was passionate about inviting people to an “authentic” Christianity. The movie about his life entitled Amazing Grace told the story of his passion for his faith and how it was to be melded with his everyday life. It is a fascinating story of this man who believed it is one thing to call yourself a Christian, and another to live your life as one. As a great orator in British Parliament in 1780 till a few days before his life ended, he maintained a desire to be authentic. He used the word “stewardship” as a way of life often, and believed he would be accountable for the way he used his time, talent and treasure.

Most of us will not ever have an opportunity to become a great orator in a parliamentary setting. However, we do have daily opportunities to live our lives as “authentic” Christians. We may never be famous or publish books about our beliefs and the positions we hold as sacred truths. But people will remember the examples we give by being authentic Christians. Are we not called to do so?

William Wilberforce was a voice crying out for change of heart, mind and soul. What is our voice saying this Easter season, as we celebrate the Resurrection of the Lord and the greatest gift given to all humans for all time? Our stewardship allows us to recognize that gift, and live life as passionate as a man who changed British history. It allows us to practice authentic Christianity by practicing authentic stewardship, quietly or boldly proclaiming, “The stewardship way of life is absolutely amazing!”